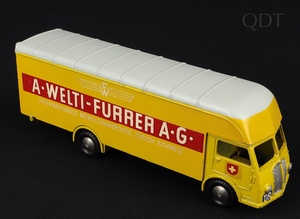 This item is no longer for sale, price for reference only.

The owner has translated and supplied this information on the promotional Saurer Truck by Mercury, with the kind permission of Vincent Espinasse (extract from his Auto Jaune Blog):

“Thanks to his commercial success, Franz Carl Weber did not hesitate to promote his image by having miniatures made in the colours of his shops. The Swiss market being buoyant, toy manufacturers did not hesitate, on the basis of the models existing in their range, to produce versions reserved for this market. But from there to create an entire model for this same market, there is a step that Count Giansanti will take with Mercury.

Every truck fan has heard of the Saurer company. This prestigious firm was absorbed by Mercedes in the 1980s. It was a source of pride for the Swiss.

As an importer of Mercury, Count Giansanti will contribute financially to the creation of the mould for this truck. In return for his investment he will have the exclusive right to distribute the most spectacular version, the removal van. Mercury will have the right to sell the flatbed version and the tipper version. It should be noted that by keeping the wheelbase of the van version, Mercury has produced two models that are not very credible.

The model reproduced here is a Saurer C5 with a forward cabin from 1950. Count Giansanti had four decorations made of transporters that actually existed.

The first version is in the colours of Kehrli & Oeler of Bern, the administrative capital. This is the only version that will have a variant. The decoration was initially made with a decal, which was rather fragile, and was then replaced by white lettering with a hot stamp shaded in the colour in question. The «pavillon» will change from silver to light grey during the production run.

The second version will be Natural Le Coultre from Geneva.
Welti-Furrer from Zurich will be the third version.
The last one will be Gondrand, whose headquarters were in Turin. The Italian part of Switzerland had to be honoured with a company of considerable size. 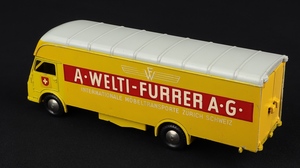 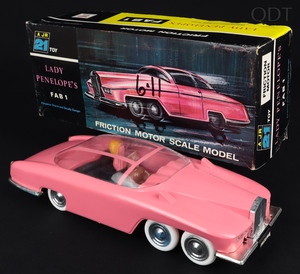 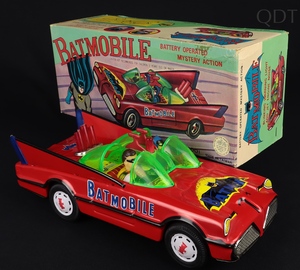 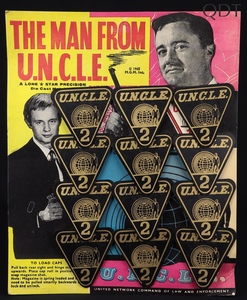